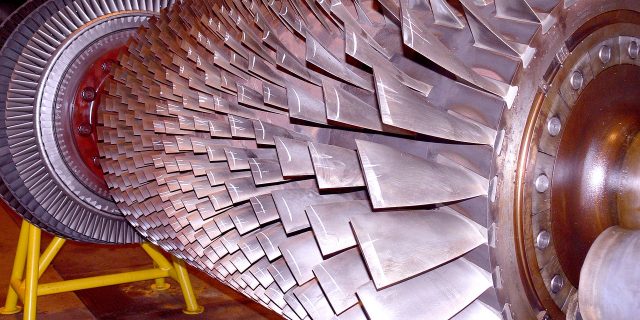 The global Gas Turbines Market is expected to grow from an estimated $17.51 billion in 2017 to $20.66 billion by 2022, at a CAGR of 3.36%, from 2017 to 2022. The shale gas boom in North America and decommissioning of nuclear plants in Europe are likely to boost the demand for gas turbines in these regions. The demand for gas turbines in the Middle East & Africa, Latin America, and Asia Pacific is expected to be influenced by the new gas-fired power plants and the upgrade of old existing thermal power plants in the regions.

The increasing demand for natural gas-fired power plants, rising demand for electricity, reduction in emissions of carbon dioxide, and availability of efficient power technology are driving the gas turbines market. Natural gas is the cleanliest source of fossil fuel used to support intermittent generation from renewable sources. Thus, an increase in the demand for natural gas power plants is expected as governments implement strict norms for the emission of carbon dioxide.

The power generation application segment is expected to be the fastest growing segment during the forecast period. The demand for electricity is growing due urbanization and industrialization. Gas turbines are used in open cycle and combined cycle plants. Combined cycle power plants are more efficient than steam turbines as they generate more power. Gas turbines are used in utilities for base load standby power and peak load applications.

The power generated from combined cycle power plants have lower carbon dioxide emissions and governments are implementing stricter norms on such emissions. Thus, an increase in the demand for natural gas power plants will lead to the growth of the power generation segment. In the oil & gas application, gas turbines are used to pump natural gas through pipelines where a small part of the pumped gas serves as the fuel. Industrial gas turbines range from 1,000 to 50,000 HP, with a majority installed in the oil & gas industry.

The Asia-Pacific region is currently the largest market for gas turbines, followed by Europe and North America. Japan accounted for a majority share in Asia-Pacific, while China is projected to grow at the highest CAGR from 2017 to 2022. The slowdown in the nuclear power industry due to the Fukushima incident and continuing replacement of nuclear & aging coal plants with gas-fired ones would continue to drive the Japanese gas turbines market. In developing countries such as China and India, factors such as strong growth in demand for electricity fuelled by high levels of urbanization, industrialization, and infrastructural developments and subsequent investments in developing new large-gas fired combined cycle power generation, apart from other power plants, would spur the demand for gas turbines.

The leading players in the Gas Turbines Market include GE (US), Siemens (Germany), MHPS (Japan), and Ansaldo (Italy).