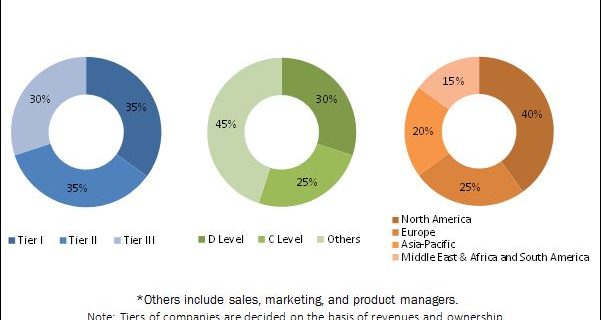 The global graphite market is projected to reach USD 29.05 billion by 2022, at a CAGR of 5.2% from 2017 to 2022. The demand for graphite is directly dependent on the growth of its application industries, including refractory, foundry, battery, friction product, and lubricants. The refractory application segment was the largest segment of the graphite market in 2016, owing to the high demand from the steel industry. The battery application segment is projected to be the fastest-growing application segment in the graphite market, in terms of volume, between 2017 and 2022, due to the growing investments in electric vehicles, energy storage, and portable electronics. Graphite is majorly produced and exported by countries, including China, North Korea, and Brazil, and is imported in the U.S., Japan, Germany, and India.

In March, 2015, one of the key players active in the graphite market, Triton Minerals Ltd., signed an agreement to form a strategic alliance with AMG Mining AG (Germany) through GK Ancuabe Graphite Mine SA, a subsidiary of AMG. The strategic alliance was entered into for an initial exclusive period of two years during which, the parties will collaborate on the exploration, identification, and development of graphite occurrences in the Ancuabe district, in the Province of Cabo Delgado in Mozambique. Another major development from Triton Minerals Ltd. was in April 2015, in which Triton signed a 20-year off-take agreement with graphite products specialist Yichang Xincheng Graphite Co., Ltd. (China) to supply 100,000 tons of graphite concentrate per year at a sale price of USD 1,000 per ton.

Mason Graphite, a key player in the graphite market, made an additional equity investment of USD 1.0 million in Group NanoXplore Inc. (Canada) in November 2016. NanoXplore will use the funds to increase the production of graphene from 4 to 64 metric tons per year.

Focus Graphite, another key player active in the graphite market, signed a USD 1.0 million agreement with Grafoid Inc. (Canada) in September 2015 for the purchase of 1,000 tons of graphite for a 10-year period. It also granted Grafoid the right of first refusal to extend and expand the agreement for an additional 10-year period.