The Small Satellite Market is projected to reach USD 7.5 billion by 2022, at a CAGR of 20.8% from 2017 to 2022. The growth of the market across the globe can be attributed to increasing focus on reducing mission costs, rise in demand for earth observation related activities, satellite miniaturization, and satellite cost reduction are expected to fuel the growth of the small satellite market.

Based on type, the nanosatellite segment is expected to lead the small satellite market during the forecast period

Based on type, the nanosatellite segment is estimated to lead the small satellite market from 2017 to 2022, as these satellites can be used for high precision and complex space missions such as remote sensing, navigation, maritime and transportation management, space & earth observation, disaster management, military intelligence, telecommunications, and other academic purposes.

Based on application, the earth observation & meteorology segment is estimated to lead the small satellite market from 2017 to 2022. Small satellites are capable of monitoring natural or manmade disasters, such as cyclones, earthquakes, landslides, and environmental pollution, among others. Small satellites have computational and communication capabilities, along with competencies in taking decisions about which data to be sent and when.

Boeing (US), Airbus Defense and Space (France), OneWeb (US), Sierra Nevada Corporation (US), Planet Labs (US), Space Exploration Technologies Corporation (US), and Surrey Satellite Technology (UK), among others, are the major players in the small satellite market. 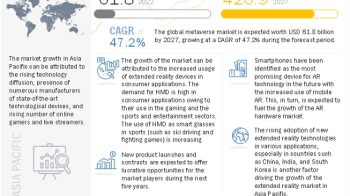 The Impact of Metaverse on Talent Acquisition and Skill Development