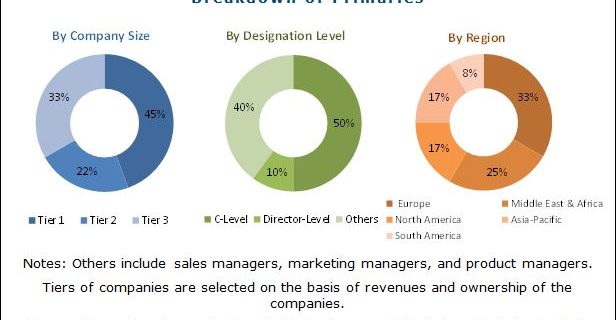 Global bromine market is projected to reach USD 3.96 billion by 2022, at a CAGR of 8.4% between 2017 and 2022. Bromine is a dense (heavier than air) reddish-brown liquid that evaporates easily at a standard temperature and pressure. It is corrosive, toxic, and has orange colored vapors that possess strong odor resembling that of chlorine. It exists as a diatomic molecule Br2 and belongs to the class of halogens in chemistry. A solution of bromine in water is called “bromine water”, which is used as a test reagent in organic chemistry to identify unsaturated compounds. Bromine and its compounds are used as a catalyst in many chemical processes including drug formulations.

Growing use of bromine in mercury emission mitigation

Many companies are extensively using bromine to mitigate mercury emissions at coal fired power plants. In these plants, mercury is released when coal is burned taking three forms of the flue gas- elemental, oxidized, and particulate. Bromine compounds bond with mercury in flue gases, creating mercuric bromide, a substance that is more easily captured in flue-gas scrubbers than the mercuric chloride that is produced at many facilities. Therefore, chemical additives have been developed to oxidize the mercury in the flue gas, converting it to a form, which can be captured by the current abatement equipment. Calcium bromide (CaBr2) is one of the chemical additives that have been developed as a mercury-specific control technology. CaBr2 is effective in reducing total mercury emissions by oxidizing mercury that is then captured by the abatement equipment. Thus, the extensive use of bromine salts (for instance, CaBr2) in mercury mitigation drives the bromine market, globally.

The Asia Pacific region is witnessing economic growth at a rapid pace. The consumption of bromine is increasing in several industries such as automotive, electronics, oil & gas, and construction. The demand for flame retardants has increased in the automotive and construction industries due to the growth of the infrastructure sector. All these factors collectively have contributed to the rise of Asia Pacific as the leading market for bromine. As the region is an emerging economy, bromine manufacturers are expected to leverage many market growth opportunities in the future.

Get 10% FREE Customization on this Study @ https://www.marketsandmarkets.com/requestCustomizationNew.asp?id=42782196