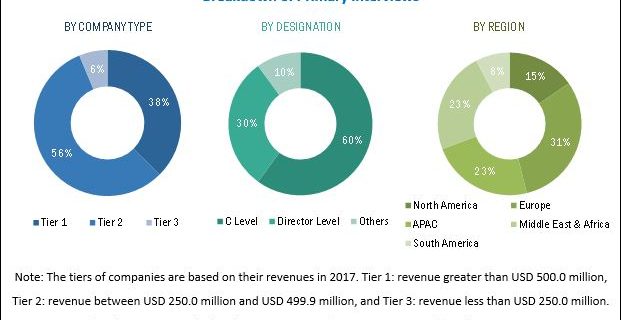 About 11% of the world’s electricity is derived from nuclear power, and its capacity is increasing gradually. A significant capacity is being further created by the upgrading of plants. There were about 450 nuclear power reactors in operation and over 60 reactors under construction equivalent to 16% of existing capacity, globally, in 2017. The increasing use of heat exchangers in nuclear reactors, upgrading of existing nuclear plants, and proposed nuclear power plant projects are expected to create new growth opportunities for the heat exchangers market during the forecast period. According to the World Nuclear Association, in 2016, nuclear plants supplied 2477 TWh of electricity, which increased from 2441 TWh in 2015. Thus, the electricity supplied by global nuclear generation has risen. The growing nuclear power generation market will provide ample growth opportunity for the heat exchangers manufacturers, as the requirement for energy supply, especially for non-conventional electricity, is expected to increase in the next 20 years.

The regulations set on the use of fluorinated gases (F-gases) act as a challenge to the growth of the heat exchangers market. These regulations restrict the use of heat exchangers as evaporators and condensers in chillers. In 2015, the European Union (EU) suggested important changes in the regulations to control emissions from F-gases, including hydrofluorocarbons (HFCs). According to these changes, the EU has adopted two legislative acts, namely, the MAC Directive on air conditioning systems used in small motor vehicles and the F-gas Regulation that cover all other key applications in which F-gases are used. According to EU regulations, while HFCs are banned in some applications, HFC refrigerants will be allowed only if the system concerned satisfy the Eco-Design criteria. Similar changes are being debated in the US (SNAP – Significant New Alternative Policy) and China.