These companies have been adopting various strategies, such as new product launches, mergers & acquisitions, and others in order to grow and strengthen their foothold in this market. New product launches is the most preferred growth strategy adopted by large companies to cater to the diverse needs of their customers.

More than half of Arkema’s research & development expenditure is allocated to green chemistry. The company is primarily focused on innovating new products in the field of impact modifiers, and providing customers with energy-efficient products that are developed from renewable sources. For instance, Arkema launched Lotryl T, a new copolymer that functions as impact modifiers for PET Straps in April, 2016.

Clariant is another leading company in the chemical industry. Clariant’s strategy is concentrated mainly on four strategic initiatives, namely, profitability of essential businesses, research & development and innovation, expansion of company’s competitive position in global growth markets, and optimization of the product portfolio. Clariant introduced lightweight plastics and additives for under-the-hood, interior and exterior parts of vehicles, especially for China’s local automotive and transportation industry in September, 2014. The company also provides additives for the commonly-used plastics, such as PP, PA, PUR, and ABS, thereby enhancing its presence in the automotive sector in China. Clariant entered into a distribution agreement with Connell Brothers Co. Ltd. (U.S.) to supply additives, waxes, polymer additives, and flame retardants in Australia in July, 2013. This development strategy helped the company to enhance and develop Clariant’s business in the Asia-Pacific region.

The companies operational in the food and beverage industry are focusing on attractive and sophisticated product packaging with improved strength and endurance to gain consumer attention. This has led to the increased usage of impact modifiers, owing to their advanced properties, such as UV resistance, heat resistance, and high impact strength.

In terms of value, the Methacrylate-Butadiene-Styrene (MBS) segment is expected to be the fastest-growing segment of the market from 2016 to 2021. This segment is anticipated to witness growth, owing to its increasing demand from the construction industry. The main advantages of MBS impact modifiers are that they are environment-friendly, cost-efficient, odorless, and have high impact strength.

Asia-Pacific is the largest market, both in terms of volume and value, followed by North America. A significant demand from developing countries such as China, and India, is projected to drive the global impact modifiers market. Most of the growth in China and India is being fueled by rising investments in infrastructure development and construction projects in these countries. Moreover, advancements in electronics industry in major electronic manufacturing countries such as China, Japan, South Korea, and Taiwan have resulted in a solid turnaround in the consumption of impact modifiers in the region. 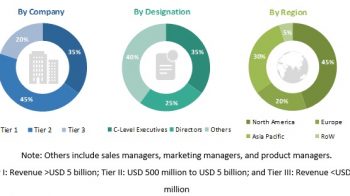 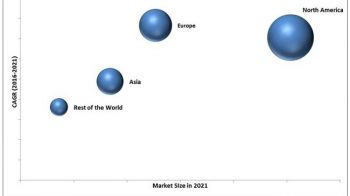 Needle-Free Injection System Market Worth $20.17 Billion by 2021 in MedicalDevice