The market is driven by factors such as increased awareness towards organic food, growing concerns about the hazards of using chemicals, demand for high-value crops, and increase in awareness about residue levels in food, and favorable regulatory framework for the application of agricultural biologicals products are some of the key drivers for growth in agricultural biologicals market.

The increasing demand for biocontrols in the North American region is projected to drive the growth of the agricultural biologicals market.

The North American region accounted for the largest share of the market in 2021. Growth in the organics industry, rise in the cost of chemical fertilizers, and increasing awareness for the preservation of soil nutrients are the major driving factors of this market. Growth in the North American region can be attributed to its high-end R&D infrastructure and the high number of patents received for biocontrol and biostimulants by various key companies in the region.

Significant competition to capitalize on the market potential among international manufacturers in the Europe and American regions.

The need to maintain a minimum residual level in food products and high growth prospects for organic food has been driving the agricultural biologicals market in these regions. Developed countries adopt modern agricultural practices and have strict regulations to limit excessive agrochemical applications. Therefore, the markets in Europe and North America are influenced by such drivers. The awareness regarding the sustainable benefits of biologicals has promoted the growth in developing countries such as Asia Pacific and South America.

Key players include BASF SE (Germany), Bayer AG (Germany), UPL (India), Marrone Bio Innovations (US), Corteva AgriSciences (US), Valent BioSciences (US), Koppert Biological Systems (Netherlands), and Certis USA LLC (US), which are some of the well-established and financially stable players that have been operating in the industry for several years. Other players include Valagro S.P.A. (Italy), Syngenta AG (Switzerland), Stockton Bio-AG (Israel), Valent BioSciences (US), and Rizobacter (Argentina), among others. 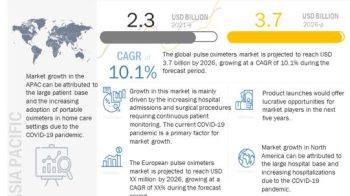