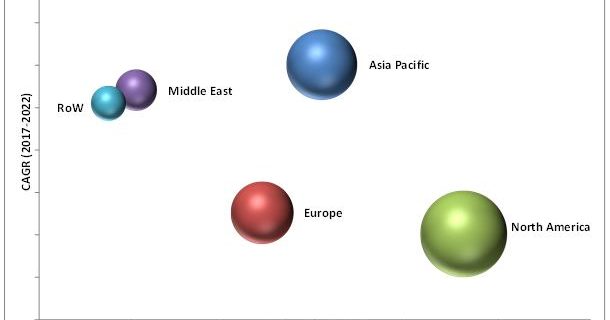 In a mission, situational awareness refers to the ability of decision makers to identify, process, and analyze critical parts of information about the battlefield scenario. It is thus a key factor in any air, naval, and land-based operation. Advanced technologies provide air, ground, and maritime solutions with robust C4ISR capabilities to ensure access to real-time situational awareness information. High-bandwidth sensor processing, video management systems, secure network routers, and switches play a crucial role in effective decision making in a mission. These help in handling, displaying, storing, and sharing critical flight, mission, and sensor information, which improves the effectiveness of the complete decision-making process on the battlefield. Thus, C4ISR systems help in generating real-time data, which allows to perform an accurate analysis.

Regulatory hurdles related to the transfer of arms

The defense industry across the globe must adhere to the legislative regulations and policies imposed by various government agencies on the transfer of arms and ammunition. The manufacturing and export/import of air defense systems need to comply with multiple rules and regulations, such as import-export control regimes and exchange controls. In several countries, manufacturers of armaments are banned from exporting their products, thereby decreasing their chances of reaching out to international customers. For instance, the US has passed the Foreign Corrupt Practices Act and the Export Administration Act, which mandate control over corrupt practices used for influencing foreign government officials and control export to any country which threatens national security, respectively.

What opportunities can the development of secured networks provide to the C4ISR market?

A major opportunity for the players in the C4ISR market is to offer a secured network for the transmission of sensitive data. There have been increased incidences of cyberattacks in the defense industry in the past few years. Any loss of data in this industry can create an issue for national security. There are many forms of cyberattacks, from malware injection and phishing to social engineering, DDoS, and brute-force attack, which are becoming more damaging, resulting in huge financial and data losses for defense forces. These threats also pose a risk to the defense industry, as security departments are frequently targeted by hackers looking to gather information on defense projects and systems. Companies providing C4ISR solutions and services can take initiatives to provide secured forms of network.

Various government agencies are setting up various cyber commands for the management of cyber threats and securing their networks. For instance, the US increased its spending on cyber commands between 2014 and 2017. In April 2017, the German Army launched a new cyber command to improve its readiness against various cyberattacks from foreign nations. In the same year, the Indian Army tested its BOSS (Bharat Operating System Solutions) to guard its networks and communication channels against cyberattacks.

How challenging is the integration of C4ISR systems used by different military arms for increasing interoperability?

One of the biggest challenges in the C4ISR market is the need for interoperability. Military arms, such as armies, naval forces, and air forces, need to work together to maximize the real-time usage of C4ISR systems to develop analytical solutions from the information generated from diverse data points. However, presently, all these military arms use standalone C4ISR systems, integration of which may require large-scale, costly upgradation, which can be a major challenge for the market.