Key market players have focused on the adoption of strategies such as new supply contracts, acquisitions, and expansions to cater the demand for lithium-ion battery recycling across various industries such as, marine, automotive, power, and industrial applications.

In April 2016, Umicore planned the capacity expansion of Nickel-manganese Cobalt (NMC) cathode materials to meet the increasing demand. The expansion program entailed an investment of approximately USD 177 million over a period of three years at the company’s existing facilities in Cheonan (South Korea) and Jiangmen (China), as well as greenfield investment on adjacent land in both locations. With this expansion, the company further strengthened its position in the European and North American markets.

In January 2017, Umicore acquired three NMC patent families for cathode materials used in a wide range of lithium-ion rechargeable batteries from 3M. Through this deal, Umicore acquired all existing and future licensing rights to the three patents that it had previously been using under license from 3M. These patents collectively cover South Korea, China, Japan, Europe, and the US and are valid between 2021 and 2024. With this acquisition, the company further strengthened its presence in the Asia Pacific region.

In 2015, KBT (Kinsbursky Group Company) established a battery technology center in Brea, California to support OEM hybrid vehicle producers such as Toyota remanufacture hybrid batteries, and to provide logistics support related to battery transportation and direct from dealer battery recoveries. The center also provides contract field services for the recovery of damaged or nonresponsive large format electric vehicle batteries in the US, Puerto Rico, Canada, and Mexico. This expansion is in line with the strategy of the company to develop a North American distribution network for spent lithium-ion batteries.

The global lithium-ion battery recycling market is estimated at USD 1.78 billion in 2017 and is projected to reach USD 23.72 billion by 2030, at a CAGR of 22.1% from 2017 to 2030. The major reasons for the growth of the lithium-ion battery recycling market include increasing concerns over environmental pollution and the enforcement of stringent environmental regulations across regions to control excessive industrial and air emissions.

Lithium-ion battery recycling is the reuse and reprocessing of spent lithium-ion batteries that aims to reduce the number of spent batteries being disposed of as municipal solid waste or material waste. Lithium-ion batteries contain several toxic chemicals and heavy metals, and disposing them of as trash has raised environmental and health concerns over water pollution and soil contamination.

Based on industry type, the automotive segment is expected to grow at the highest CAGR from 2017 to 2030. The environment friendly, long life cycle properties along with high energy density and government regulations to convert ICE vehicles to EVs are leading to the high usage of lithium-ion batteries, which is expected to result in a growing demand for lithium-ion battery recycling.

In chemistry type, the lithium-iron phosphate battery segment is expected to grow at the highest CAGR from 2017 to 2030. The superior properties of these materials such as energy density, power density, cost, and performance are the key factors driving the growth of the segment. 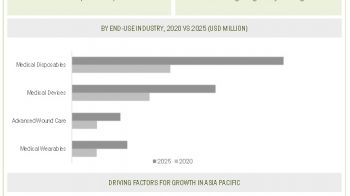