China has one of the most diverse and largest manufacturing sectors of any country. Goods manufactured by China include chemicals, electronics, automobiles, and aircraft. China leads in the manufacturing of various types of goods.

According to the China-Britain Business Council report, China is the world’s largest manufacturer of automobiles. The total output and sales of vehicles were more than 24 million vehicles in 2014 [Source: International Trade Administration]. This figure increased by 4.7% over 2014. According to the International Trade Administration, China is the second-largest pharmaceutical market in the world. This market was valued at USD 108.00 billion in 2015; it is projected to reach USD 167.00 billion by 2020 at a CAGR of 9.1%. Furthermore, the Chinese government launched its 12th five-year economic plan for FY 2011-2015, identifying seven strategic industries as high priority areas—biotechnology, information technology, new energy, environmental maintenance, new materials, high-end manufacturing, and alternative fuels. The Chinese government is making large investments in these areas. Particle counters find significant applications in all of the above industries; as a result, the growth of these end-use areas is expected to contribute significantly to that of the market.

The Indian pharmaceutical industry is the third largest in the world (Source: National Investment Promotion Agency). According to the Pharmaceuticals Export Promotion Council of India, the Indian domestic organized pharmaceutical retail market generated ~USD 1.395 billion (INR 90 billion) in revenue, in 2015. Moreover, the Department of Pharmaceuticals in India prepared the “Pharma Vision 2020” document for boosting India’s drug discovery and innovation capabilities, in terms of setting up world-class infrastructure, creating competitive scientific workforce for pharma R&D, and supporting venture funding for research in the public and private domains. Additionally, the government is also working on an initiative to make India one of the top five pharmaceutical innovation hubs, globally, by 2020 (Source: Associated Chambers of Commerce of India) via a multi-billion dollar investment project. Particle counters are also used to detect significant variations in air cleanliness and particle contamination in water used for manufacturing pharmaceutical products as well as the finished product. Thus, the growth of the pharmaceutical industry is expected to drive the demand for particle counters in this country, and thereby market growth. 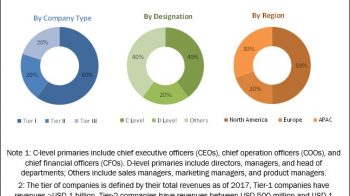