The perforating gun market is expected to grow at a CAGR of 3.71%, from 2017 to 2022, to reach a market size of USD 898.7 million by 2022. Rising oil and gas production, increase in the average well depth over the years, growing complexity of the reservoir condition and increased shale gas exploration are the major factors driving the perforating gun market.

The key players operating in this market include Schlumberger (US), Weatherford (US), Baker Hughes (US), Halliburton (US), and DynaEnergetics (US).

The perforating gun market is mainly driven by the increase in the average well depth over the years. The conventional oil & gas reservoirs are depleting. The new reservoirs are found deep below the earth’s surface. The various methods such as reperforation, drilling of unconventional oil wells, and increasing oil production in hostile reservoir environments with the help of advanced technologies are carried out to meet the oil & gas demand. Thus, the need for technically efficient and advanced perforating guns is increasing to meet the requirements of drilling operators. 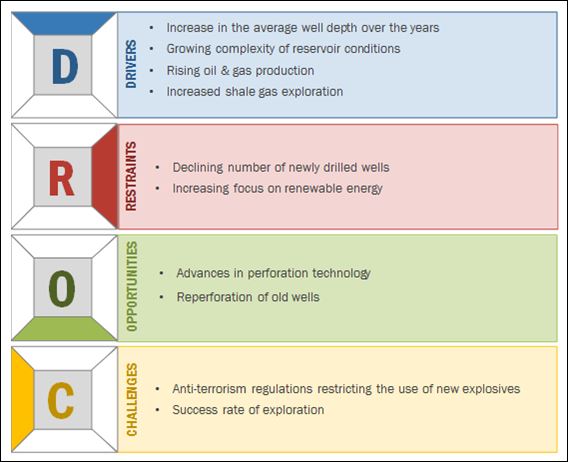 The wireline conveyed casing gun segment is expected to be the fastest-growing perforating gun market, by gun type, from 2017 to 2022. There are various advantages to wireline conveyed casing guns over wireline guns which make them the preferred choice in most well formations. These include high charge performance, low cost of the gun, high pressure and temperature rating, and high mechanical and electrical reliability.

The report segments the perforating gun market, by well pressure, into high pressure and low pressure. The low pressure segment is expected to be the fastest-growing market during the forecast period.

The report also segments the perforating gun market, by well depth, into up to 3000 ft., 3000–8000 ft., and above 8000 ft. The 3000–8000 ft. segment is expected to be the largest market, from 2017 to 2022, and is expected to grow at the fastest rate. The market in North America is expected to be the fastest-growing market for perforating guns, closely followed by the Middle East. The Middle East market is primarily driven by countries such as Kuwait, Qatar, and Saudi Arabia. The governments of these countries are looking to invest heavily in the upstream oil industry. 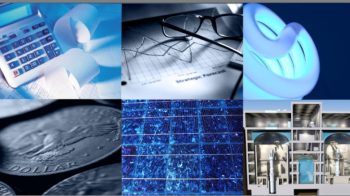