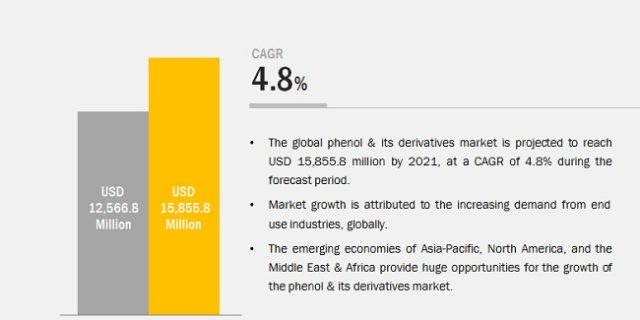 Compañía Española de Petróleos S.A.U. (CEPSA) (Spain) is the most active player in the phenol derivatives market. It accounted for the largest share of all the developmental activities undertaken in the phenol derivatives market. As a part of its strategy, the company focuses on expanding its phenol derivatives business by venturing into agreements, acquisition, and expansion. In December 2015, The Dow Chemical Company (U.S.) and DuPont (U.S.) announced a merger with a definitive agreement under which the companies combined in an all-stock merger of equals. The combined company was named DowDuPont. In April 2015, Cepsa (Spain) has inaugurated a new chemical plant in China. The new facility has an annual production capacity of 250,000 tons of phenol derivatives, 150,000 tons of acetone and 360,000 tons of cumene.