The global polyphenylene market is projected to reach USD 4.99 billion by 2023, at a CAGR of 8.2% between 2018 and 2023. These resins are increasingly used in various end-use industries due to their properties such as high chemical resistance and dimensional stability, among others. Moreover, these resins find application in filter fabrics. Polyphenylene can withstand a temperature of around 180°C and are preferred over other materials due to their resistance to heat and chemicals. All these are the key factors driving the polyphenylene market. However, the high cost of polyphenylene than conventional materials limits their use in high-end applications, thus inhibiting their market growth.

Polyphenylene are a class of high-temperature plastics possessing properties such as thermal stability, dimensional stability, and chemical & flame resistance. This report estimates the market size for polyphenylene based on type, end-use industry, application, and region. The global polyphenylene market is projected to reach USD 4.99 billion by 2023, at a CAGR of 8.2% between 2018 and 2023. The growth of the polyphenylene market can be attributed to its increasing demand from automotive and aerospace industries and rise in use in the filter bag application. This is due to its properties, such as high dimensional stability, peak temperature, and high chemical resistance, among others. However, its high cost as compared to other conventional materials is a major factor restraining the growth of the market.

APAC led the polyphenylene market in 2017, followed by North America and Europe. The demand for these resins is high in China. The economic growth of China is the main factor for the high consumption of polyphenylene. The growing automotive industry has led to an increased demand for polyphenylene in the country. The polyphenylene market in the Asia Pacific region is expected to grow at the highest CAGR during the forecast period. This growth is driven by the government’s support and strong manufacturing base, and the rising investments in the polyphenylene production in developing economies such as China, India, and South Korea, among others. Europe and North America are relatively mature markets as compared to the rest of the world.

The polyphenylene sulfide type segment is projected to grow at the highest CAGR during the forecast period. Polyphenylene sulfide (PPS) is a polymer consisting of an aromatic ring, which is linked by sulfides. PPS is a chemical structure made from benzene and sulfur. It is resistant to high heat, flame, and chemicals. The polyphenylene sulfide type segment is expected to lead the market during the forecast period. Its inherent flame retardancy and good electrical insulation properties make it an ideal polymer for the automotive, and electronics & electrical industries.

Based on application, the engineering plastic segment led the overall polyphenylene market in 2017. This segment is projected to grow at the highest CAGR between 2018 and 2023. The growth of this segment can be attributed to the increasing preference for engineering plastics in automotive, aerospace, and electrical & electronics industries, as they possess good mechanical and thermal properties as compared to other plastics. This has led to an increased demand for lightweight materials that are used in aforementioned end-use industries and are driving the growth of this market. 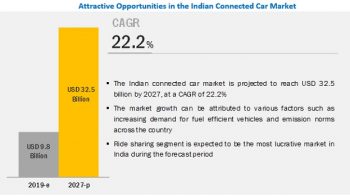