The rising demand for faster, compact, lightweight, and easily operable electronic devices has also led to the modern-day electronic devices generating more heat that may damage or degrade them. This is where thermal interface materials (TIMs) make an entry into the world of electronics. The market for TIMs has seen a considerable growth in the past few years and is expected to continue to do so in the near future as well.

Favorable Driving Forces of the Market

The main reasons that the thermal interface material market sees a promising future are:

The market for thermal interface materials is expected to grow at a fast pace during the forecast period, especially in the APAC and North America because of the lower costs of labor and transportation, growing number of end-use industries, and increase in demand for energy efficient lighting’s. At present, the computers segment is leading the market for applications, followed by telecom. However, owing to the increasing demand for lighter, smaller, and effective medical equipment, the segment of medical device application is set to grow with the highest CAGR over the coming years.

About the TIM Market

The value of thermal interface material market is projected to reach about USD 962.0 Million at a CAGR of 11.0% between 2015 and 2020. Out of all the types, the greases & adhesives segment took up 38.4% of the market share in 2014 since they are extensively used in TIMs, followed by tapes & films. Growing at a CAGR of 12.5% from 2015 to 2020, APAC is the largest user of thermal interface materials, mainly comprising China, South Korea, and India, which are the prime markets for TIMs.

The market for thermal interface materials is forecasted and analyzed based on the current trends in the following segments: 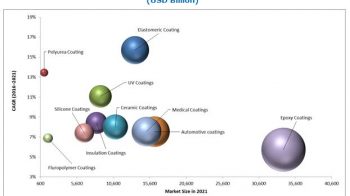 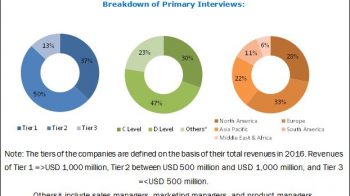 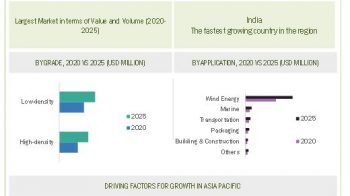