The automotive industry has witnessed a complete transformation over the past few years, with developments like driverless cars and connected vehicle. One such technology is the vehicle-to-everything (V2X) technology. It summarizes connected vehicle in true sense, which offers advanced safety features, energy saving, and better traffic management. It is also expected to lead towards achieving driverless mobility. The overall market for V2X for automotive is anticipated to witness a high growth in the coming years.

Based on communication type, the V2C communication is projected to hold the largest market share over the forecast period, since it plays an important role in connected and autonomous vehicle applications. On the basis of offering type, the software segment is expected to lead the market with the largest share in the coming years, owing to the rising demand for access and control over the V2X system.

Based on technology, the automated driver assistance segment is expected to grow at the highest CAGR over the forecast period, owing to the increase in demand for features such as intersection collision warning, obstacle detection, lane change assistance, lane departure warning, rear impact warning, and safety margin, among others.

Based on propulsion type, the electric vehicle segment is projected to witness the highest growth between 2017 and 2025.

Geographical growth scenario of the market

Among regions, the V2X market for automotive in North America is predicted to be the largest market over the forecast period, mainly driven by the better infrastructure and high income, favorable government policies and regulations, and rising need for a better and effective transportation system. The European region is projected to hold the second largest share for the V2X market automotive in the coming years. This growth can be mainly contributed to the increasing concerns about the safety of travelers and vehicles on the road that have led to an increase in the adoption of V2X technology by the European Transport Safety Council (ETSC). Moreover, the growing demand for V2X systems with telematics applications is expected to further drive the market in this region.

The growth of the global V2X market for automotive is being majorly influenced by the following factors:

In addition, autonomous cars that are set to transform the automotive industry and predictive maintenance using real-time manufacturing are expected to further offer lucrative growth opportunities for the market.

On the flip side, lack of cellular connectivity coverage in developing nations, lack of infrastructure, and cost burden on consumers are the major factors likely to hamper the growth of this market to a certain extent. Moreover, lack of standardization and acceptance of V2X technology and security issues regarding the data generated by vehicles are the key challenges that the market players have to overcome in order to witness sustained growth in the near future.

Market players and strategies adopted by them 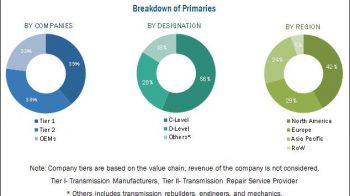