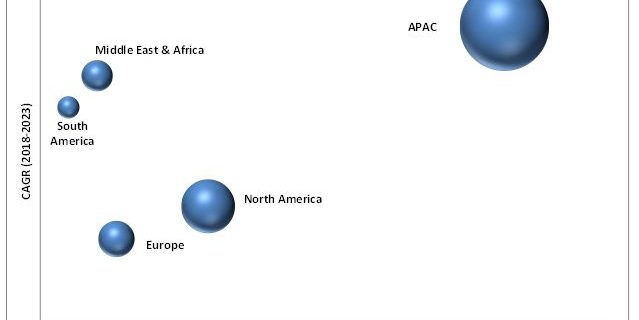 The aromatic solvents market is projected to grow from USD 7.27 billion in 2018 to USD 8.29 billion by 2023, at a CAGR of 2.66% during the forecast period. The major driver for the market is the growth in the automotive and construction industries.

The growth of the aromatic solvents market has been largely influenced by expansions and agreements that took place between 2013 and 2018. Companies such as Royal Dutch Shell Plc., SK Innovation Co., Ltd., Reliance Industries Limited, BASF SE, ExxonMobil Corporation, and LyondellBasell Industries Holdings B.V. have adopted the abovementioned strategies to expand their regional presence and enhance their product offerings.

Inquiry Before Buying at https://www.marketsandmarkets.com/Enquiry_Before_BuyingNew.asp?id=160051073

ExxonMobil Corporation is one of the leading manufacturers of aromatic solvents. The company has been focusing on the expansion and acquisition strategies to maintain its leading position in the market. For example, in August 2017, the company acquired one of the world’s largest aromatics facilities on Jurong Island in Singapore, owned by Jurong Aromatics Corporation (Singapore).

The acquisition helped the company increase hydrocarbon production to over 3.5 million tons per year, including 1.8 million tons of paraxylene, which is used as a solvent. In March 2017, the company expanded the capacity of its global hydrocarbon fluid assets by more than 250,000 tons per year at its petrochemical sites in Baytown, Texas; Antwerp, Belgium; and Jurong Island, Singapore.

Royal Dutch Shell Plc. is another major player in the aromatic solvents market. The company has been focusing on the expansions strategy to maintain its leading position in the market. For example, in March 2017, the company opened the Shell Technology Centre, a new technology hub in Bangalore, India, thereby, expanding its R&D activities in Asia. It is a 52-acre, custom-built technology center, which can house up to 1,500 experts working collaboratively on innovative projects, worldwide. It is one of the three main technology hubs of the company, with the other two located in the Netherlands and the US.

Get More Information at https://www.marketsandmarkets.com/ResearchInsight/aromatic-solvent-market.asp