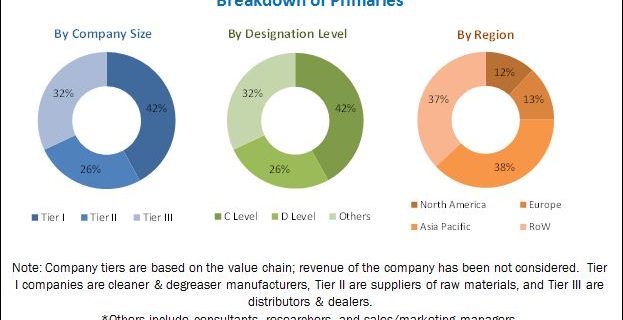 The report “Cleaner & Degreaser Aftermarket by Part (Cleaner (Brake, Carburettor, Engine Flush), Degreaser (Engine, Exhaust, Transmission)), Type (Water, Solvent Based), Supply (Aerosol Can, Spray Bottle), Service, Vehicle Type, and Region – Global Forecast to 2025″, The cleaner & degreaser aftermarket is projected to grow at a CAGR of 1.91% from 2017 to 2025, and the market size is estimated to grow from USD 38.95 Billion in 2017 to USD 45.30 Billion by 2025. Factors driving the cleaner & degreaser aftermarket include the increasing number of vehicles on the road, increasing average age of vehicles, demand for improved engine performance and fuel efficiency, emission reduction, growing demand for gasoline direct injection (GDI) engine, and others. Also, the adoption of preventive/periodic maintenance services of vehicles would grow steadily in developing countries such as China, India, and South Korea.

Engine Flush Cleaner is estimated to hold the largest share of the cleaner & degreaser aftermarket.

Passenger car segment is estimated to be the fastest growing segment of the cleaner & degreaser aftermarket.

Passenger car segment is estimated to be the fastest growing segment of the cleaner & degreaser aftermarket. The market growth in this vehicle segment can be attributed to the high share of around 72% of the total vehicle parc in 2016, as per OICA. Factors such as growing consumer disposable income and increasing vehicle ownership with easy finance options have led to the rise in vehicle sales. The passenger car segment is witnessing tremendous growth in the Asia Pacific region, particularly in developing countries such as India and China. With the increase in disposable income of the people, these countries have seen a huge demand for passenger cars. Also, the average age of vehicle is high in the region, and people do not scrap the vehicle early. Hence, there is a continuous need for vehicle maintenance with cleaners and degreasers.

North America is estimated to be the leading market for cleaner & degreaser aftermarket.

The market growth in North America can be attributed to the increased sales of passenger cars and light commercial vehicles in the region. The largest market share of North America in the global cleaner & degreaser aftermarket can also be attributed to the high awareness of such products. The North American region also leads the OES repair services aftermarket, as people prefer cleaning and maintaining the vehicles without compromising on quality and repair cost. In the US, the average age of a vehicle has grown from 10.5 years in 2010 to 11.6 years in 2016, which has accelerated the need to service vehicles with cleaner & degreaser products. In addition, the region is home to many manufacturers and suppliers of cleaners & degreasers such as Dow Chemical, 3M, and WD-40. 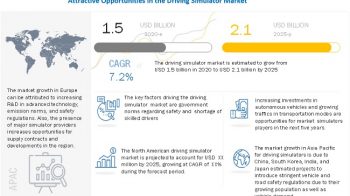 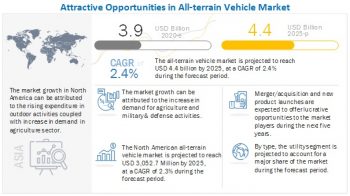