Skip to content Skip to blog sidebar
Home » Energy and Power » How is Drilling and Completion Fluids Industry Changing the Future of Business? 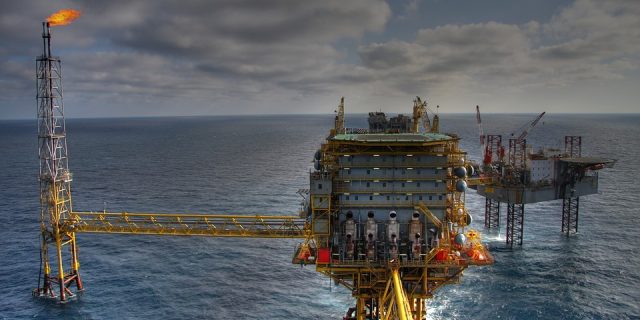 MarketsandMarkets forecasts the Drilling and Completion Fluids Market to grow from USD 9.6 billion in 2018 to USD 12.8 billion by 2023, at a Compound Annual Growth Rate (CAGR) of 5.8% during the forecast period. The major factors that are expected to be driving the Drilling and Completion Fluids Industry are increase in drilling operations in regions such as Europe, North America, and Middle East, new shale gas discoveries, and deepwater and ultra-deepwater drilling operations. The objective of the report is to define, describe, and forecast the market size based on fluid system (water-based, oil-based, synthetic-based, and others), well type (HPHT wells, conventional wells), application (onshore, offshore), and region.

The drilling and completion fluids market are segmented by application into onshore and offshore. The onshore segment accounted for the largest share of the market in 2018. The number of wells drilled onshore drastically increased in 2018 compared with 2017. The onshore application segment is expected to dominate the market as the majority of global oil & gas reserves are present onshore. The increasing use of drilling fluids in the hard rock drilling process is expected to boost the onshore applications market for drilling and completion fluids.

The research report categorizes the Drilling and Completion Fluids to forecast the revenues and analyze the trends in each of the following sub-segments:

This research study involved the use of extensive secondary sources, directories, journals on drilling & completion fluids generation technologies, and other related rental markets; newsletters and databases such as Hoover’s, Bloomberg, Businessweek, and Factiva, among others, to identify and collect information useful for a technical, market-oriented, and commercial study of the global market. The primary sources include several industry experts from the core and related industries, vendors, preferred suppliers, technology developers, alliances, and organizations related to all the segments of this industry’s value chain. The research methodology has been explained below.

After arriving at the overall market size, the total market was split into several segments and sub-segments. The figure given below illustrates the breakdown of primary interviews conducted during the research study based on company type, designation, and region.