The hazard control market is expected to grow at a CAGR of 5.83%, from 2017 to 2022, to reach a market size of USD 1.63 billion by 2022. The stringent norms for industrial safety, development of unconventional hydrocarbon resources, growing environmental concerns, and growing concern for human resources safety in industries are the major factors driving the hazard control market.

The hazard control market is mainly driven by the shale gas and tight oil boom globally. As conventional oil & gas reservoirs are depleting, new reservoirs are being found deep below the surface. According to the International Energy Agency (IEA), crude oil demand is likely to increase till 2040. The use of natural gas in the energy mix is also expected to increase by 45% by 2040. According to the IEA, China is expected to account for 280 billion cubic meters (bcm) of global natural gas demand by 2040. The majority of the demand for crude oil and natural gas will be fulfilled by unconventional sources of hydrocarbons such as shale gas and tight oil. This is expected to lead to the increased demand for hazard control throughout the lifecycle of an asset, from exploration to refining and delivery to end-users. Technically efficient and advanced hazard control are required to meet the needs of end-users.

The intrinsic safety segment is expected to be the largest and fastest-growing segment of the hazard control market, by protection type, during the forecast period. Intrinsically safe devices are suitable for all applications in all defined hazardous divisions and zones, thus driving the growth of the segment.

The report segments the hazard control market, based on product type, into motors, servo valves, sensors and actuators, drives, and others. The servo valves product segment is expected to be the fastest-growing segment of the hazard control market during the forecast period. The high growth of the segment can be attributed to the growing demand from key industries such as oil & gas, chemical and pharmaceuticals, and aerospace.

The report also segments the hazard control market, in terms of end-user, into oil & gas, metals and mining, chemicals and pharmaceuticals, mills (flour and grain), packaging, aerospace and defense and others. The aerospace and defense industry segment is expected to be the fastest-growing market, from 2017 to 2022, driven by increased spending on defense equipment in Europe and North America.

Request for sample pages of the report @ https://www.marketsandmarkets.com/requestsampleNew.asp?id=261869100

The market in Asia Pacific is expected to be the fastest-growing market for hazard control, closely followed by North America. The Asia Pacific market is primarily driven by economies such as China and India. The governments of these nations are looking to investing in the oil & gas, manufacturing, and infrastructure industries.

The hazard control market is dominated by a few key players. The key players operating in this market include ABB (Switzerland), Eaton (Ireland), Emerson (US), Schneider Electric (France), Rockwell Automation (US), and Siemens (Germany).

The major strategies adopted by the players include contracts & agreements, new product launches, expansions, and mergers & acquisitions. New product launches were the most commonly adopted strategy from 2014 to July 2017. Industry players also adopted contracts & agreements and expansions which were the first and second most widely followed strategies, respectively, during the same period.

Specimen Retrieval Market is Expecting Major Surge in Revenue by 2024 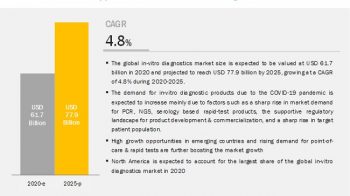 IVD Market: In-Depth Analysis of COVID-19 Impact on The Global Industry Worth $77.9 billion