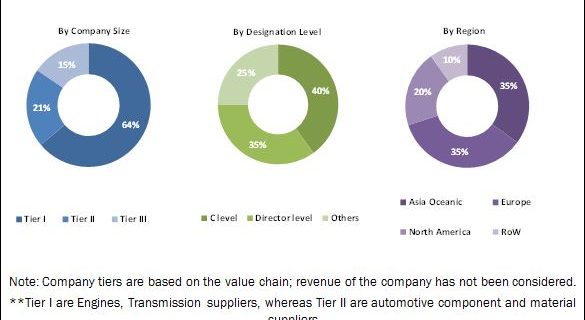 The report “High-Performance Trucks Market by Type (Pickup, M&HDV), Power Output (250-400, 401-550, >550 HP), Application (Dumping, Distribution, Refrigeration, Container, Tanker, RMC), Fuel Type, Transmission Type, and Region – Global Forecast to 2025″, The high-performance trucks market is projected to grow at a CAGR of 4.06% during the forecast period, and the market size is projected to reach 2.5 Million units by 2025 from 1.8 Million units in 2017 . The increasing demand for higher power output engines for applications such as refrigeration, dumping, containers, and others and the increasing demand for efficient logistics operations are the key reason, which would trigger the growth of the high-performance trucks market.

The 250–400 hp segment is estimated to hold the largest share in the high-performance trucks market by power output.

The 250–400 hp power output segment registers the highest market in Asia Oceania followed by North America. In China, around 70–75% of the high-performance trucks have power output between 250–400 hp with key models such as FW 5000 Class 8 trucks, Dayun Group 4000 series trucks, CNHTC Howo trucks, and others. This power output segment includes most of the pickup trucks, such as Toyota Tundra, Chevrolet Silverado 1500, Ford-150, Ford F-250 Super Duty, Chevrolet Silverado 2500 HD, and others. These are used for commercial purposes, military fire services, towing purposes, also well suited for towing boats, cars, utility trailers, and campers. High-performance trucks with a power output of 250–400 hp is more useful for rigid trucks application, such as in-city distribution, where freight load is not high. As the organized retail market is growing, and many major players are coming up in the market, the demand for distribution trucks is also rising. Hence, this is leading to the growth of high-performance trucks with 250–400 hp power output, globally.

The increasing stringency in emission norms across the globe has forced OEMs to develop low-emission alternative fuel trucks. For instance, under the Euro III norms, the NOx emission level was set at 5.0 g/kWh, which then declined by around 92% to reach 0.4 g/kWh under Euro VI norms. Governments of many regions such as Europe and the US are focusing on the deployment of more alternative fueling station and promoting alternative commercial vehicles. According to European Alternative Fuel Observatory, LNG stations increased significantly in Europe from 2008 to 2015. A total number of LNG fueling stations in Europe was 33,282 in 2008, which has increased by 20.32% from 2008 to 2015. As LNG allows transporters to store more fuel in trucks in a smaller space, the demand for LNG-powered trucks in long-run applications is increasing significantly nowadays. This growing demand for LNG trucks for long-run applications would boost the development of large-capacity LNG engines. Hence, the demand for high power output LNG trucks is increasing.

Asia Oceania is estimated to be the leading market for high-performance trucks.

Transportation plays a significant role in Asia’s economy. Hence, the heavy-duty trucking industry is flourishing continuously in this region. The booming logistics sector and a strong shift toward high-load freight transport are expected to drive the growth of high load capacity trucks in this region. Also, owing to revised regulatory norms for fuel economy standards and axle loading, OEM and Tier I suppliers are focusing toward the development of high-performance engines with high torque capacity. The governments of developing nations such as India and China have favorable policies and provide subsidies to European and American OEMs to set up their manufacturing plants in the countries. For instance, in 2017, Scania has planned to establish an assembly plant for trucks and bus chassis as well as a manufacturing facility for truck cabs in Bangkok (Thailand). Also, German Players such as MAN and Daimler are collaborating with regional players to strengthen their operations in this region. Significant investments of foreign OEMs in the Asian region play an important role to boost the market for high-performance trucks in Asia Oceania.

The Tier-I suppliers profiled in the report include Cummins (US), ZF (Germany), Allison (US), and Eaton (Ireland). These systems and components are supplied to automotive OEMs such as Volvo (Sweden), Daimler (Germany), Scania (Sweden), Ford (US), GMC (US), and others. 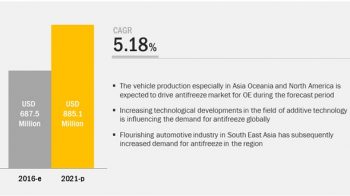