The global robotic drilling market is expected to grow from an estimated $658 million in 2018 to $923.3 million by 2023, at a CAGR of 7.01% from 2018 to 2023. This market growth is driven by the increased drilling activities due to the development of unconventional hydrocarbon resources and the adoption of automation and robotics in oil and gas drilling, which results in higher efficiency drilling and improved safety in rigs.

The onshore segment accounted for a larger market for robotic drilling, based on application, in 2017. Globally ~70% of the oil and gas production takes place at onshore oil and gas fields. These fields require less capital investment in comparison with offshore fields and the costs related to automation in these fields are relatively low. Formations in onshore wells are more stable during the drilling process than those in offshore; therefore, the adoption of automation in such areas is faster for improving the drilling efficiency.

North America is expected to be the largest robotic drilling market

North America is expected to be the largest and fastest-growing market for robotic drilling, followed by Asia Pacific, based on region, during the forecast period due to the increase in drilling activities in the US and Canada. The US is the largest market in North America and is focused on developing its shale gas resources to increase its oil and gas production, coupled with high adoption of automation and robotics in drilling.

Canada is the other key market in North America. The country has an abundance of conventional and unconventional sources of natural gas, including tight gas and shale gas, leveraging its drilling automation technology for extracting these resources. The increased shale gas production and faster adoption of advanced technologies in drilling drive the growth of the robotic drilling market in the region. The US, which is the largest shale gas producer in the world, is expected to continue to dominate the robotic drilling market in North America, by witnessing highest CAGR in this market.

The retrofit segment is expected to be the fastest-growing segment of robotic drilling due to the rising requirement to improve safety and efficiency of existing rigs and increasing focus on less human intervention during the drilling process.

Some of the leading players in the Robotic Drilling Market include Nabors (US), Precision Drilling (Canada), Weatherford (Switzerland), Huisman (the Netherlands), and National Oilwell Varco (US). 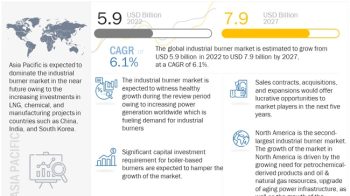